Holcim and its subsidiaries hold 63.19 per cent stake in Ambuja Cement and 54.53 per cent in ACC. Adani Group has done this big deal for Holcim's stake in both the companies. Let us tell you that apart from Adani, others including JSW Group had also shown interest in making it their own. 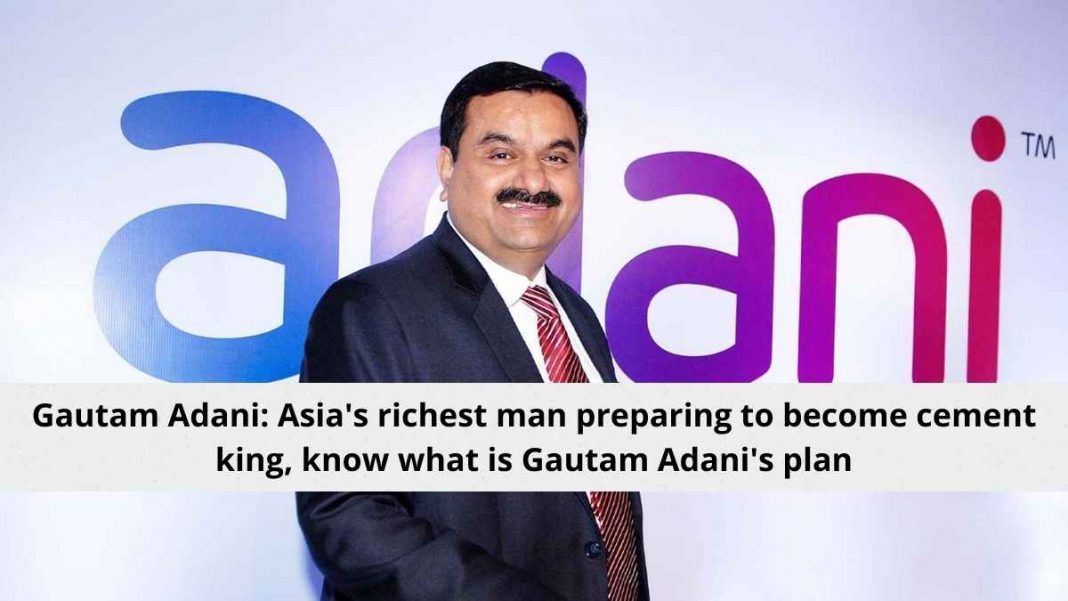 Rajendra Guptahttps://therealityhunt.live
Rajendra Gupta is an entrepreneur by Passion, Computer Science Engineer by Profession having Leadership, Time, and Project management Skills.
Contents hide
1 Biggest deal ever
2 The company had three brands in India
3 UltraTech Cement currently at the forefront
4 Doubling production capacity
5 Strong rise in the shares of Ambuja-ACC

Indian industrialist Gautam Adani, ranked seventh among the world’s top-10 billionaires and Asia’s richest person, has finally made his strong debut in the cement business. On Sunday, Adani Group has come second in terms of cement production in the country in a jiffy. In fact, Adani has bought Ambuja and ACC cement companies from Holcim Group of Switzerland. This deal has been done for $ 10.5 billion i.e. about Rs 82,000 crore.

Adani-Holcim deal is the biggest ever deal in the infrastructure and materials sector in the country’s history. With this deal, the Adani Group, which has maintained its supremacy in the field of port to energy, has also entered the cement sector. It may be noted here that Holcim and its subsidiaries hold 63.19 per cent stake in Ambuja Cement and 54.53 per cent in ACC. Adani has made this big deal for Holcim’s stake in both the companies.

The company had three brands in India

sometime back, Holcim had announced to wrap up its business from India. The Holcim Company has three major brands in India, which include Ambuja Cement, ACC Limited and Mycem. Over the years, Gautam Adani has forayed into other areas apart from his core business of port operations, power plants and coal mines. Having established a presence in airports, data centers and clean energy, he has now forayed into the cement business.

UltraTech Cement currently at the forefront

Talking about the cement business in India, at present, UltraTech Cement occupies the first position in this segment, while Holcim comes second in the country. Under this, the combined capacity of Ambuja Cement and ACC Ltd. is 70 million tonnes per annum. That is, Gautam Adani’s group has become the second largest business group in the domestic cement sector after this deal. Discussions about this deal were going on for a long time and recently Gautam Adani went on a trip to Abu Dhabi and London for this.

It is worth noting that though Adani Group had been at the forefront in the race to buy this company, but apart from Adani, others including JSW Group had shown interest in making it their own. But as expected Gautam Adani completed this deal.

Regarding this agreement, Gautam Adani has said that by joining the cement companies of Holcim with our green energy and logistics, it will make us the greenest cement company in the world. According to 59-year-old Adani, he has taken this step to fill the demand-supply gap in the country. India does not import cement, so we have to be self-reliant in it. Adani plans to double the production capacity of Ambuja and ACC Cement in the next five years.

Strong rise in the shares of Ambuja-ACC

After this big deal between Adani and Holcim, on Monday 16 May, Ambuja Cement and ACC Cement shares were affected. Both the shares jumped strongly. Till the time of writing the news, where Ambuja Cement’s stock was trading with a gain of 4.07 percent in the market, on the other hand, the share of ACC Cement was seen with a gain of 5.89 percent. Expressing happiness over the deal, Gautam Adani said that a company has been formed abroad for this acquisition. Barclays, Deutsche Bank and Standard Chartered Bank have pledged funds for this deal. Along with this, investment will also be made from Adani Group.

Also Read, Cryptocurrency News: Investors’ confidence in crypto business has been shaken by the loss of billions

Previous articleWhy did Baburao Paresh Rawal ask for a huge amount to work in Hera Pheri 3!
Next articleRanbir Alia Divorce: Ranbir Kapoor and Alia Bhatt will divorce after 1 month of marriage?
- Advertisement -